Great Grandpa Toribio was busted and imprisoned for illegal immigration around 1933. After not hearing from him for about a year, a letter finally reached the family, including my Grandpa Nabor who was six years old at the time. The letter had obviously been opened and read by the Mexican government, but that was the least of their worries; the family feared that he was dead. My Grandpa Nabor told me that his dad stayed in the prison for another six months before being deported back to Mexico.

Nabor is pronounced Nah-boar and not neighbor. It’s funny because I’ve never called him Grandpa Nabor. My brother’s and I always referred to him as Grandpa Next Door (guess where he lived?). So I suppose Grandpa Neighbor actually makes sense. To visit Grandma Emilia (aka Grandma Next Door) and Grandpa my brothers and I had to just jump the brick-wall that separated our back yard from theirs’. I guess jumping fences is just in our blood. There were times when various family members would try to get us to stop jumping the fence, and we would for a few weeks. But after a while we would be right back at it. That was not the case for Great Grandpa.

After being thrown in prison, Great Grandpa decided his days in America were over. Great Grandma Porfiria was so shaken up by the entire ordeal that, contrary to the majority of the parents in Mexico at the time, she tried to convince her children not to go to America. She was certain La Migra would catch them and throw away the key.

That’s the kind of surprising thing you find out when you actually start asking your grandparents questions about the past like, “Did your mom want you to come to America?” I don’t know why it’s taken me so long to start asking Grandpa Next Door questions about growing up in Mexico, but my journey has begun. I invite you to join me as I start to get in touch with my illegal immigrant roots (we all came legally eventually).

I know that you are not supposed to write a bunch of personal stuff in blogs, but I will try to make this stuff interesting. So far so good as far as I’m concerned. I never knew that my Great Grandpa was coming here illegally way back when; much less that he got locked up for it and that my Grandpa Next Door and his family thought that he was dead. I never knew that my Grandpa only has a fourth grade education because that was the highest grade in the only school in Mixtlan where he was born. I knew my Grandpa was a farmer, but I didn’t realize that he had to take over the family farm at 10 years old because his dad left again to build railroads in Punta Peñasco, Sonora.

I already knew that Grandpa is a beast and that at 85 he is probably still stronger than I am, but I didn’t know that it was because he used a heavy, single-handled, wooden plow called an arado. Who needs P90X when you are pushing around an 80 lb. plow (which was even heavier when covered in mud) and driving two oxen for 10 hours a day? I knew that my Grandpa was a great gardener as his yard is full of produce bearing trees such as avocados, oranges, lemons, and plums, but I didn’t realize that he was also successful in growing good crops of corn, beans, squash, and sweet potatoes in Mexico. Did I mention that he did this by himself when he was only 10 years old without pesticides, tractors, or even fertilizers?!!! I can barely keep roses alive. 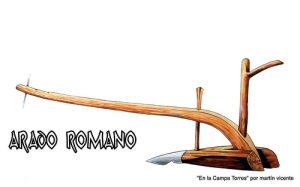 11 thoughts on “Journey into the Past”

Josiah Preciado is a blogger, public speaker, and the son of an immigrant father. After graduating from college and working jobs merely to collect a paycheck, Josiah decided to finally pursue his passion of the written/spoken word. His writing contains a lot of humor and sarcasm, with a few hints of serious thought. If you like his stuff, tell him so and spread the word. If not...keep it to yourself. Josiah resides in Newbury Park with his incredibly hot wife, Nicole, who supports him despite his bad whale jokes.
Loading Comments...
%d bloggers like this: